Wonton Noodles: Wonton-making can be a fun family activity that even young children (ages 3 and up) will enjoy! Freeze up a batch for Wonton Noodle – they will come in real handy whenever you need to whip up a fast, easy & healthy meal! 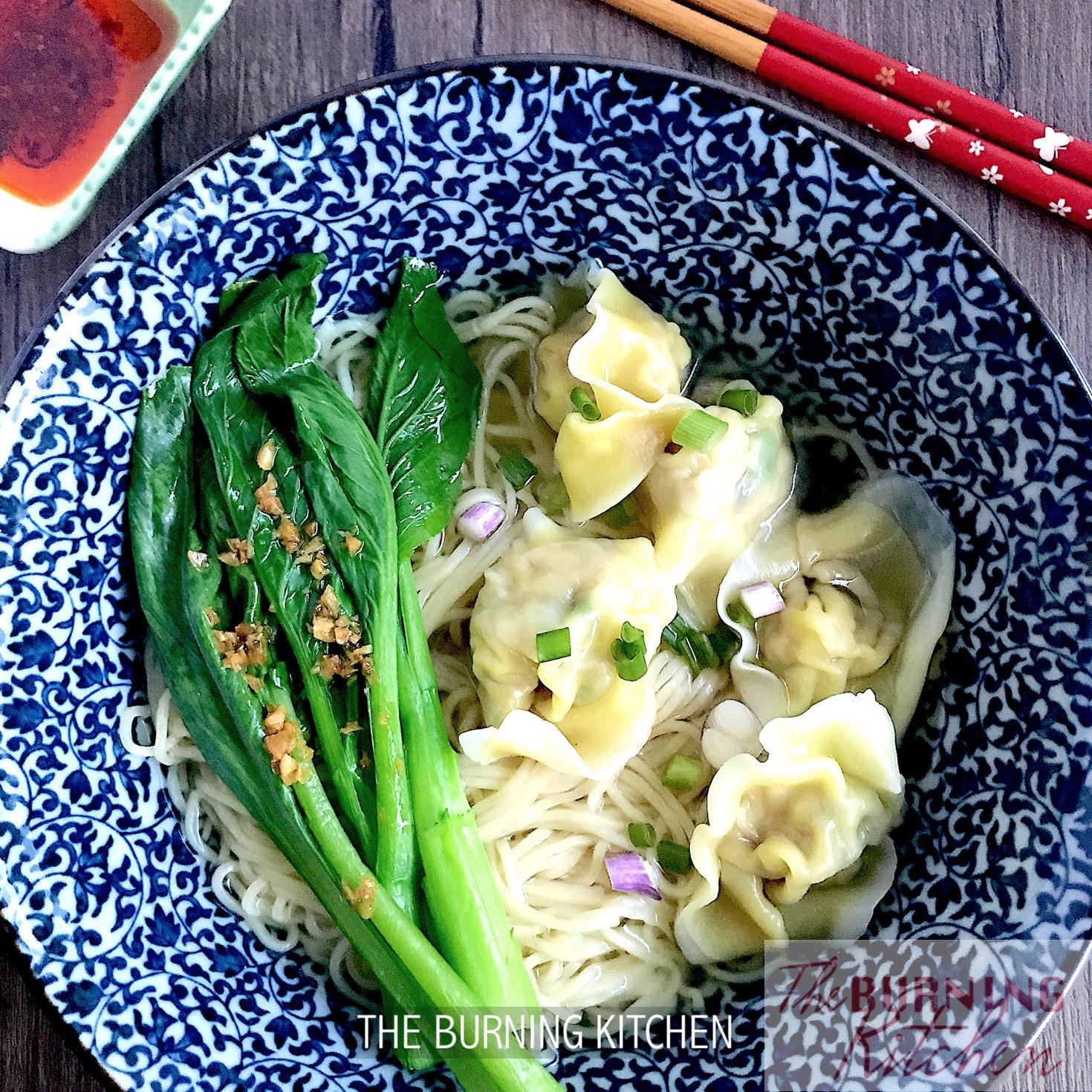 Remember the Dim Sum Cabbage Roll recipe we shared last week? Did you know that the same meat mix stuffing used for the Cabbage Roll can also be used for many different dishes, including Siew Mai (Shrimp and Pork Dumpling), Chinese Fried Money Bags, Stuffed Squid and Wonton Soup and Crispy Fried Wonton? I love how versatile it is!

So anyway, after making the Dim Sum Cabbage Rolls last week, we ended up using the leftover meat stuffing to make ALL of the above over the next few days! Same stuffing + Different Presentation = New Dish, so there is always some variety in our family meals. We will be posting up the other recipes over soon, but for today I want to share about how to make Wonton Noodle Soup.

How to Fold Wonton

First let’s talk about the Wonton. There are many different ways to fold Wonton. The easiest of all is the triangular shaped Wonton. So I enlisted the help of my 3 1/2 year old son to help us out with the wonton folding. This is the first time he is folding Wonton, but he was very game and in fact enjoyed the project so much that he stayed put throughout until we had finished the whole stack of wonton skin. It was a great bonding activity for us! And also a great way to keep an active boy occupied for a good 45 minutes, instead of paying to send him for outside enrichment classes!

Here’s a video of my boy folding the wontons. He could get them into a nice triangular shape but needed my help to seal the wonton all around and press out the air pockets. I also helped to convert some of his triangular wontons into gold ingot shaped wontons, but if you are happy with the triangular ones you can just stop there.

If you want to fold the gold ingot shaped wontons, here’s the official tutorial by Mum on how to fold Wonton and Siew Mai.

Wontons – Boiled or Fried, Or Both?

Once the wonton folding is done, you can choose whether to have the healthier wonton soup version, or the more decadent fried wonton mee version. Or even a mix of both! We did a mix of healthy boiled wontons to go with the noodle soup, as well as some deep-fried wontons on the side served with Thai sweet chilli sauce (recipe coming soon)! Doesn’t that look gorgeous? 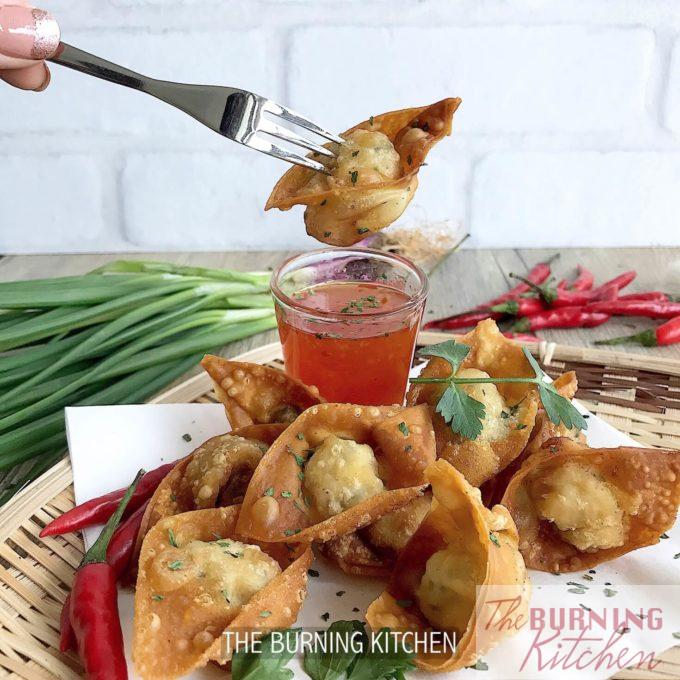 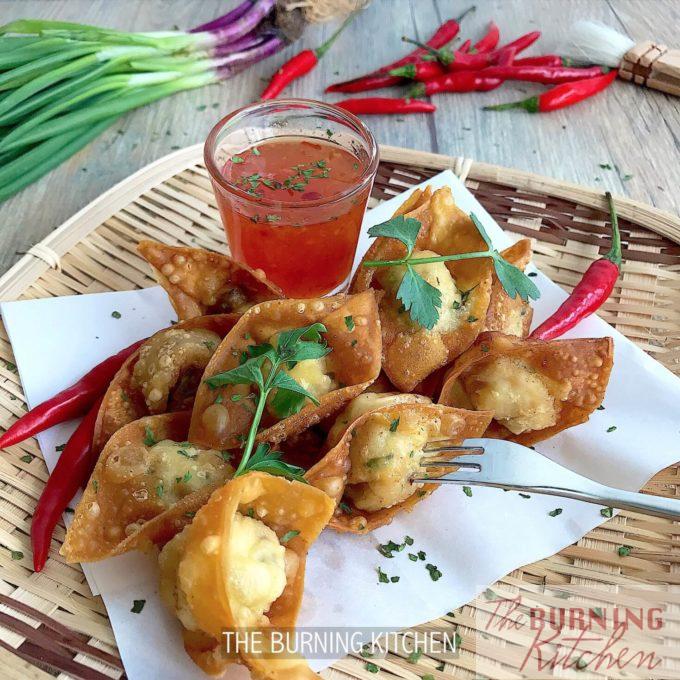 Sometime, we also add in a few slices of Char Siew (Barbecued Stick Pork) (recipe coming soon!) to go with the wonton noodles, which is usually how wonton noodles is served in our local eateries. But if you prefer something simple and healthy, it is not a must to add Char Siew. Sometimes plain and simple gives you greater satisfaction. Don’t forget to drizzle some Crispy Garlic and Garlic Oil (see recipe link) over the Chye Sim before serving! 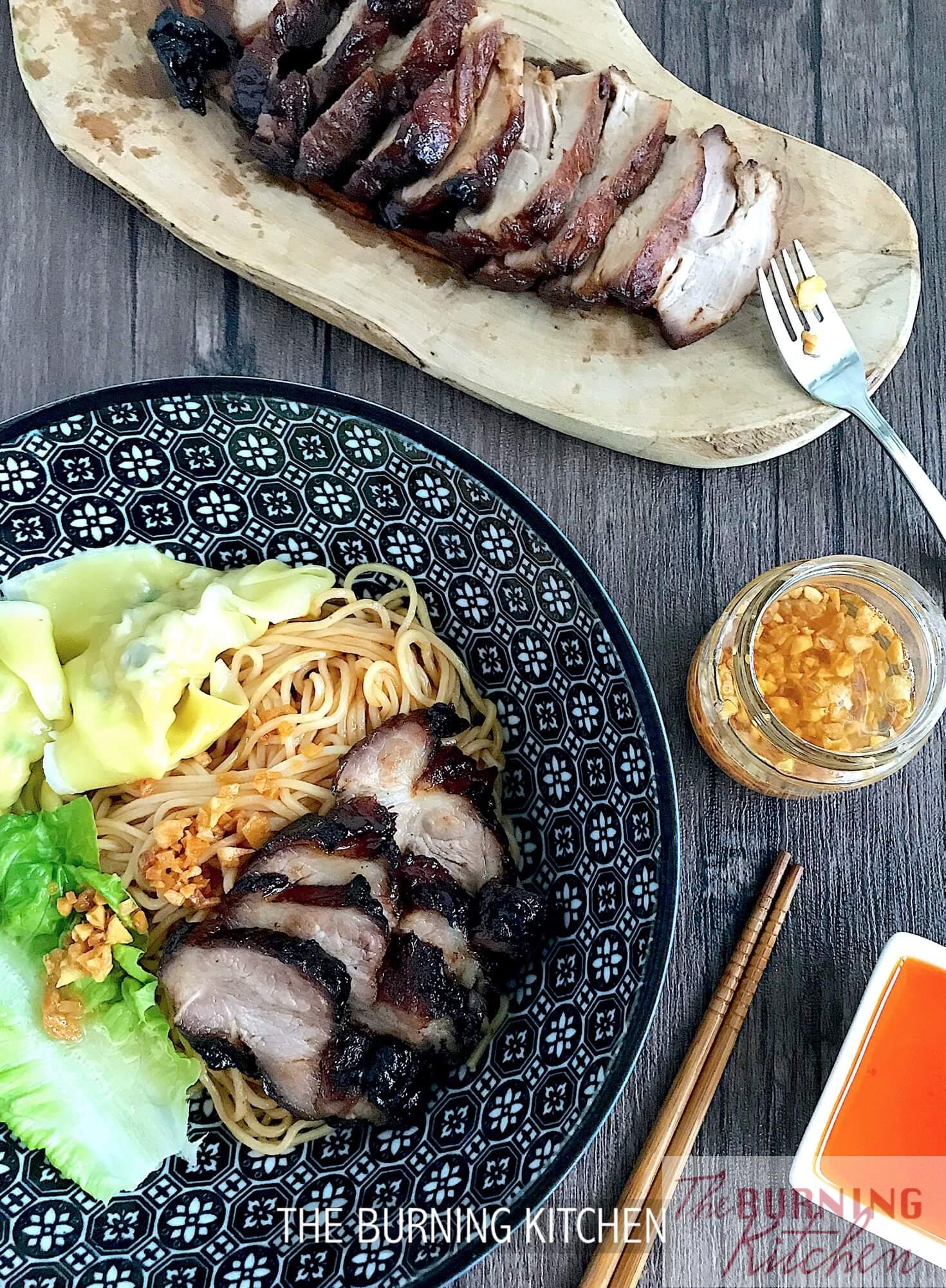 After all the photo-taking was done, it was especially heartwarming to finally be able to tuck into my bowl of wonton noodle that was prepared by three generations of the family (my mum, myself and my son) – a real family effort. And I think this reflection would sum it up nicely as I end this post: Food nourishes the body, but family nourishes the soul. Hope you enjoy this recipe, and please leave me a comment below if you have any questions, suggestions or feedback for me! 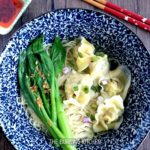 Course: Main Course
Cuisine: Cantonese
Prep Time: 40 minutes
Cook Time: 20 minutes
Total Time: 1 hour
Servings: 5
Author: Bee Leng | The Burning Kitchen
Wonton Noodle Soup: Wonton-making can be a fun family activity that even young children (age 3 and up) will enjoy! Freeze up a batch for Wonton Noodle Soup - they will come in real handy on those days when you need to whip up a fast, easy & healthy meal!
Print Recipe

Hope you enjoyed reading this Wanton Noodle Soup recipe? Before you go, why not check out our Recipe Index for more yummy recipes!

About Melissa | The Undercover Chef

Melissa is the technie half of the dynamic mother-and-daughter duo behind The Burning Kitchen. She loves writing about her cooking learning journey as she photographs, films and documents the craft of making delicious and authentic local dishes. She has been known to sometimes (READ: often) use The Burning Kitchen as an excuse to get Bee Leng to cook dishes she is craving! 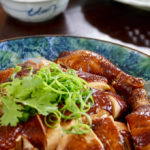 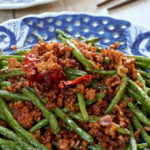 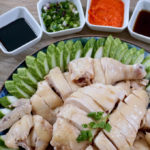 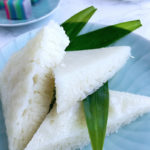 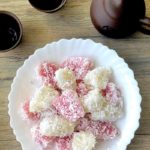 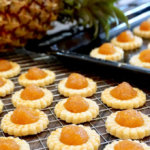 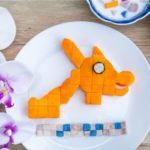 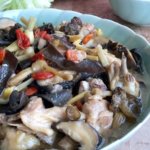 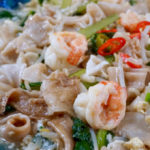 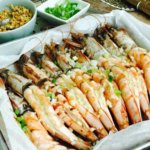 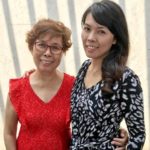 Hi! We are Bee Leng & Melissa, the mother-daughter team behind The Burning Kitchen. Our mission is simple: to make authentic Chinese cooking accessible to all, anytime, anywhere. We believe in teaching you the secret sauce behind each recipe. Read more! 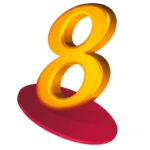